ChimeraBody Fitness
Home Nutrition what is creatine and what does it do?

From gyms, to magazines, to websites, and maybe even from your fitness buddies, there is a good chance that you’ve heard of  the supplement Creatine.
So what is creatine and what does it do?

Without complication, creatine is a substance that gives your muscle more energy during high-intensy physical activity and increases muscle growth indirectly as we will explain it in this article.

How does creatine work?

The science of creatine deals with energy production, specifically in replenishing used energy. As humans, we use the molecule ATP as our energy source.

Unfortunately, your muscle cells want to keep the levels of ATP in the cell pretty low. Reason being is that if we use too much energy at once, it will cause cells to be acidic and muck up all cellular functions.

In order to combat this, the muscle cells need a little help from creatine kinase.

When ATP is used, creatine kinase helps keep the acid levels in check by taking out hydrogen ions.

On top of that, creatine kinase also takes another byproduct from used ATP called ADP and brings it to its buddy phosphocreatine to replenish ATP. This system of energy production, known as the Phosphagen system, is the system used to produce energy for the first 10 seconds of intense physical activity before other energy production from other sources, such as sugar glucose and fat, are even utilized.

READ MORE  You can only absorb 30 grams of protein per meal – myth or fact?

The more creatine in your body, the more phosphocreatine produced, the more energy you can replenish and this is where creatine supplementation comes into play.

Although your body can naturally synthesize creatine from the breakdown of the amino acids glycine and arginine, studies consistently show that taking creatine supplement scan be beneficial, especially with increasing power output. A meta-analysis showed subjects improving power output by up to 26% after taking a creatine monohydrate supplement.

But one thing that creatine supplementation does not do which many people believe it does is the increase of muscle mass, well at least not directly.

The two ways that muscle mass might increase with creatine is by providing more energy for higher power output, which then provides a greater stimulus for muscle protein synthesis, and by retaining water, which might make muscles seem bigger without adding actual muscle mass.

And there’s even more benefits:

how much creatine should I take?

As far as how and how much you should take, many manufacturers have recommended using a loading phase, where for the first week you take more creatine than you would for the following weeks, but the research shows that there is no significant benefit in doing so.

READ MORE  You must eat 6 meals a day, myth or fact?

The most typically recommended amount that has shown positive benefits is between 3-5 grams per day and you can decide to stop taking creatine whenever you want to.

what are the dangerous side effects you’ve heard about creatine?

Many people talk about creatine effects on kidneys, liver and hair loss, but these concerns have either been debunked or lack any concrete evidence, especially in human trials.

The only notable side effect is the retention of water in your cells, which might make you look a little bit more plump and a weigh a bit heavier. 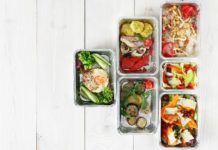 You must eat 6 meals a day, myth or fact? 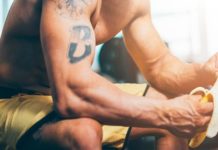