ChimeraBody Fitness
Home Workouts Chest Workouts how long should you rest between sets?

You slap on the plates, get on the bench, crank out your 10 reps and then… you wait.
And sometimes you’re sitting there thinking, “How long am I supposed to wait for until I start my next set?”

Now some of you might have heard that you need to rest about 1 minute if you want to build muscle and 3 minutes for getting stronger.

But now there is a new study that challenges this belief.

Fitness expert Brad Schoenfeld, also known as the “Hypertrophy Specialist” for his extensive work in muscle growth research, tackled this exact question with his colleagues with a new study from the Journal of Strength and Conditioning Research.

They took 23 well-trained male participants, paired them based on similar strength levels, and split them into two random groups. Each participant performed 7 common resistance training exercises for 3 sets of 8 to 12 reps for eight weeks, three times a week.

The only difference is: one group rests one minute in between sets and the other group rest three.

Results of the study

After the eight weeks, they found that the 1 minute group had some good results but not too many significant changes. The three-minute group, on the other hand, had higher improvements in all seven tests measured, four of those which tested improved in muscle growth, two in strength gains, and one in muscle endurance.

The better strength gains with 3 minutes rest isn’t all too surprising, in fact, that’s what they hypothesized, but what was surprising to the researchers was the higher increase in muscle growth.

READ MORE  how many reps and sets should I do?

So why is resting more better than resting less, especially when the long-held belief was that less rest was better for muscle growth?

The researchers believe that with more rest, you will be able to complete more reps, which is going to increase your total work volume. A higher total work volume will allow a higher dose-response effect for muscular and training adaptations.

They do caution that more research might be needed to further support this theory.
But, for the most part, given that you’re training with the proper weight, the extra rest should let you lift more and gain more results. 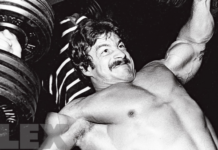 how many reps and sets should I do?